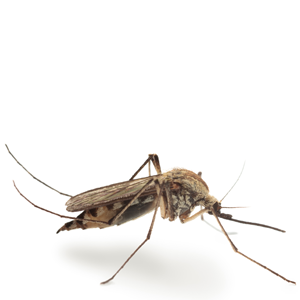 A gnat is one of several species of tiny flying insects in the Dipterid suborder Nematocera, especially those in the families Mycetophilidae, Anisopodidae and Sciaridae.
Male gnats often assemble together in large mating swarms, particularly at dusk, called a ghost.
Gnat larvae are mostly free-living and some are aquatic. Many feed on plants, though some are carnivorous. Larval plant feeders (e.g. the Hessian fly larva) cause root, stem, or leaf galls to be formed by the host plant. Some species of fungus gnats (families Mycetophilidae and Sciaridae) are very common pests of mushrooms and roots of potted plants in homes and greenhouses.
Some South American Pleurothallid orchids are pollinated by tiny gnats and have correspondingly small flowers.